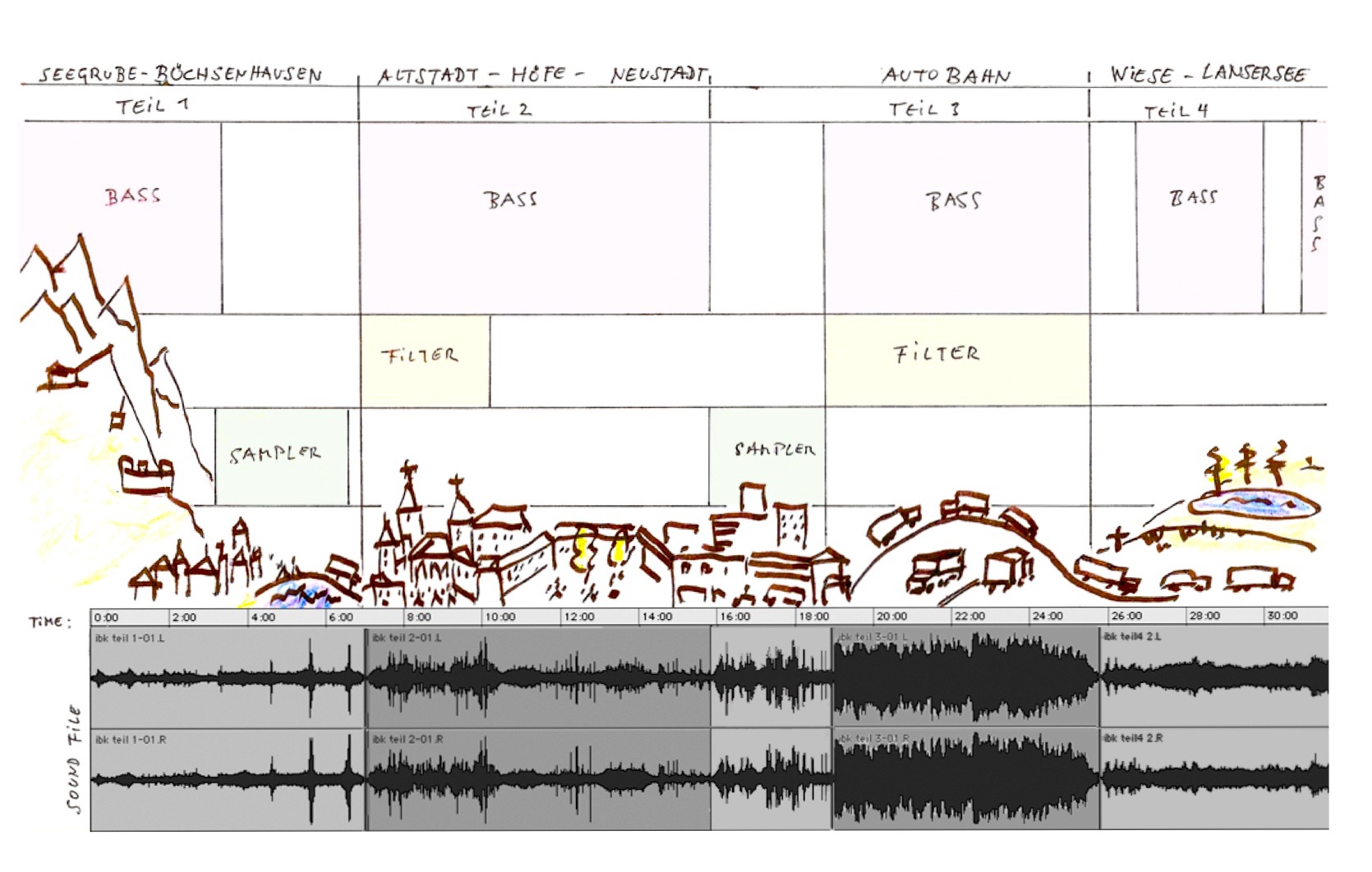 In summer 2005 we spend a week doing outdoor recordings in innsbruck. Our goal is to create a composition of and with city sounds.
The geographical situation of the city nourishes the idea behind the composition … nestled in the inntal valley, closed off to
the north by the nordkette mountain chain, in the south by highlands and patscherkofel peak.

We begin our route high up in the north on the seegrube … approach the city via the hungerburg district toward Büchsenhausen
… cross the Innbrücke bridge and reach the old town … wander there through the courtyards of the new city (city center, pradl,
saggen) toward the brenner highway, crossing it on our way upward toward lake lanser – in the southern part of the valley.

We stop from time to time to record the sounds around us. our starting material becomes a topology of loudnesses, frequency images
and rhythmic structures of the city.