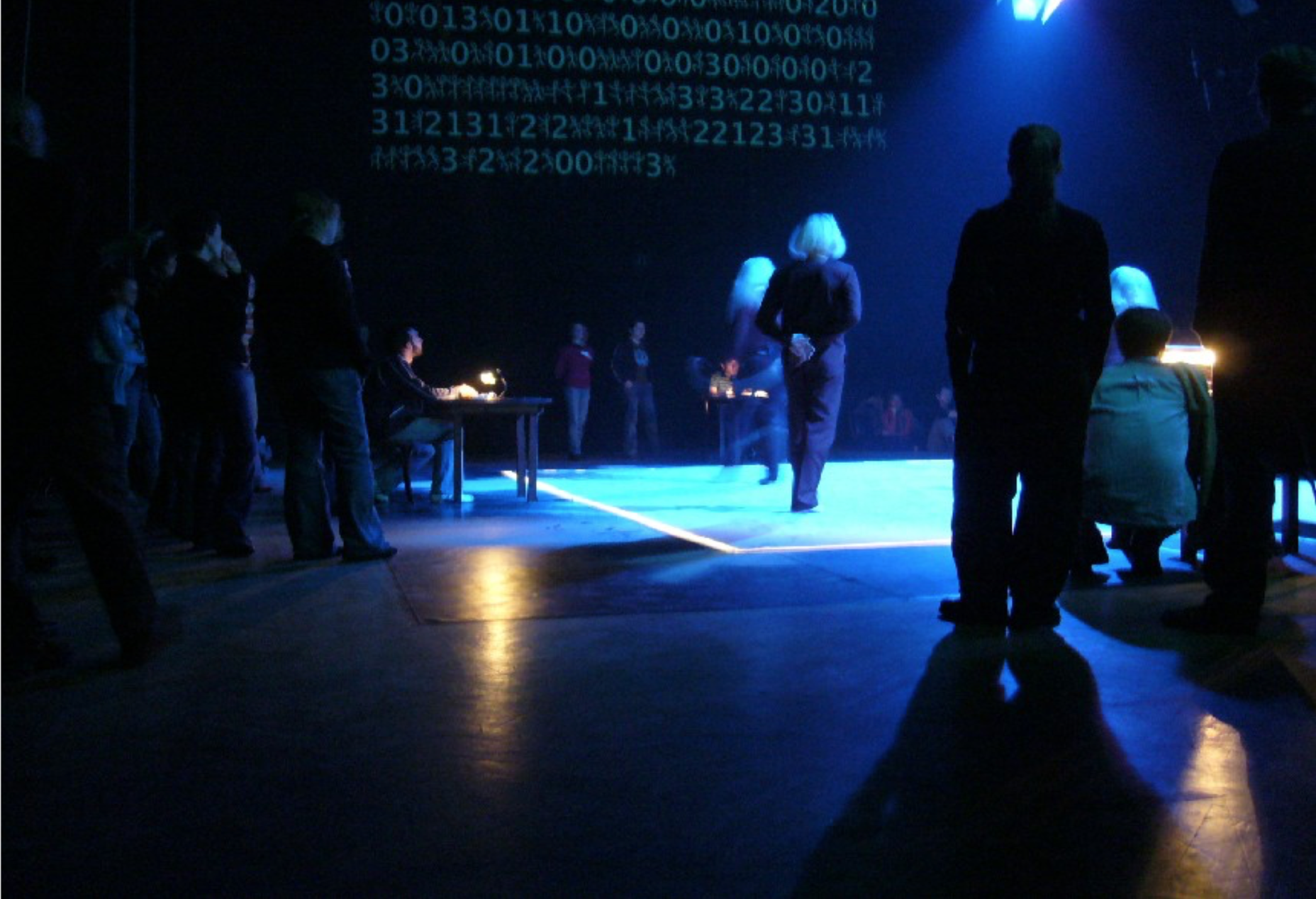 Visitors are not allowed to enter the area in the middle of the room, which is clearly marked as a stage by the lighting and sand covering, but they can move freely around the room and intervene in the action on the stage via five keyboards set up at the edge of the stage. They can control light, sound, video in space and the movements of the dancers (two or four depending on the performance) on stage. „The dancers do not come out of their dressing rooms with a finished choreography, but are choreographed by the audience. This is made possible by the „alpha system“ developed by Fabian, which transforms text into dance by connecting individual letters with certain dance movements.